On Friday the 6th of December, I made my way back to the UEA LCR to see Dermot Kennedy perform as part of his ‘Without Fear’ tour. I started off that morning bright and early, though I had stayed up a little later than intended the night before so, although the day was going to be a long one, I’d soon discover that it was going to be one made memorable for many reasons. 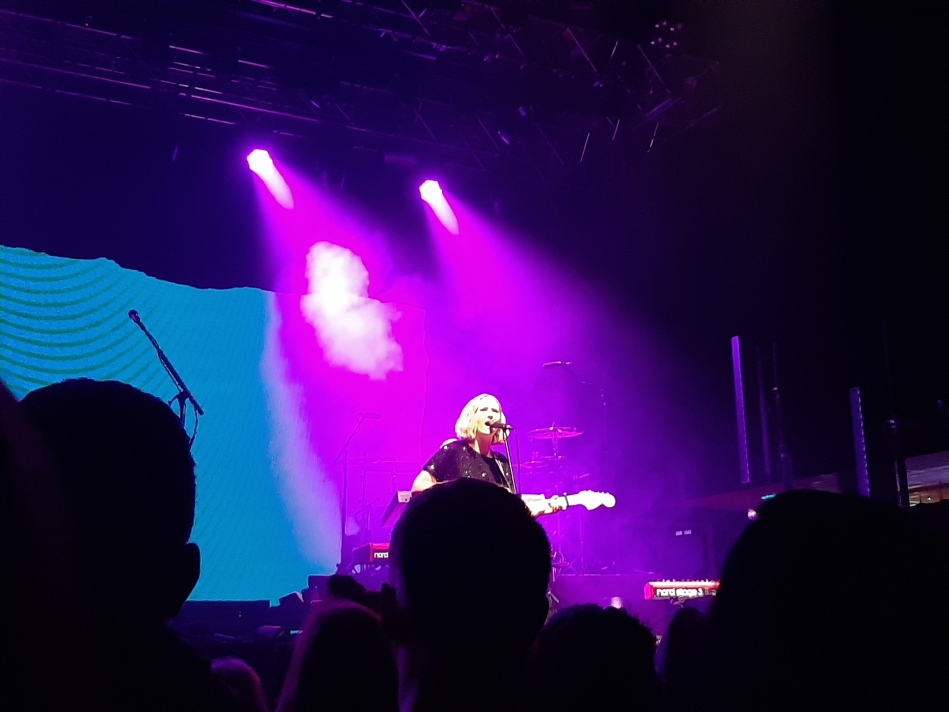 The first thing that stood out to me was the queues, which despite the fact that I had arrived early, were huge. It was a rather cold night out, so we were all eager to make our way into the relative warmth of the venue, which was filling up rapidly. I knew that the tour tickets had sold out fast, but I seemed to have underestimated just how many people could fit into the LCR – by the time everyone bustled their way to a spot, there was barely room to move.

This was the first time I had attended a gig by myself, so it felt a bit overwhelming initially. But after I had managed to settle into a place where I could see the stage, I had started to become accustomed to the excitable atmosphere. I ended up in a position with a very good view of the stage, although there were a couple of taller people in front of me throughout most of the opening act. As the night progressed, I had managed to slowly make my way to somewhere else, still five or so rows from the front. 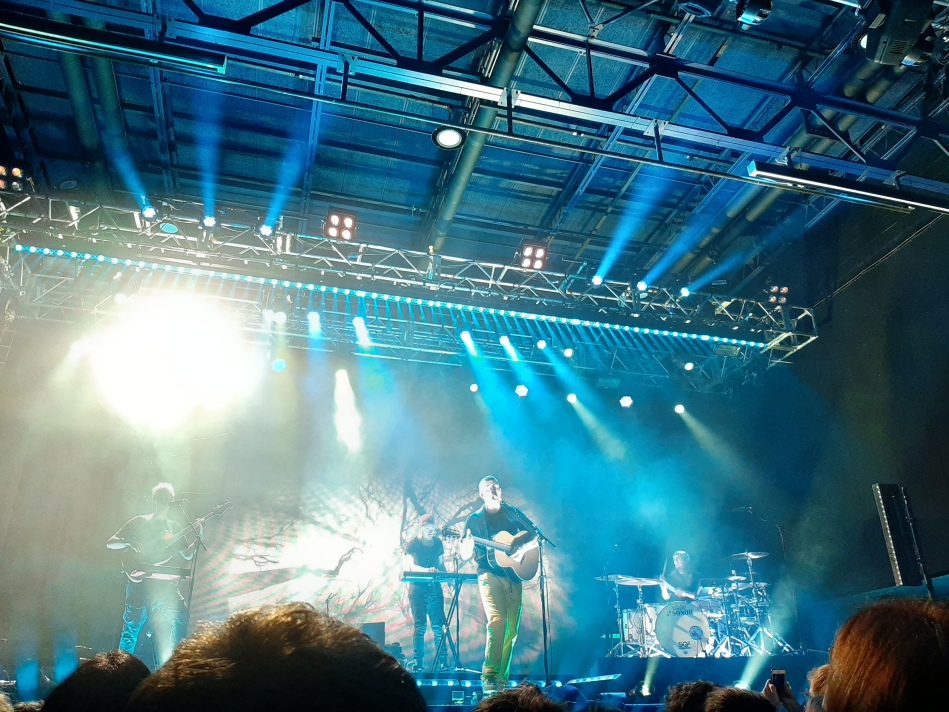 At 8 PM, the lights shifted, and the remaining noise of the crowd began to dwindle. We were then greeted by Lilla Vargen, a Northern Irish singer-songwriter, accompanied by two band members. The stage set-up consisted of simplistic lighting, mics, a piano and a guitar which complimented her opening act beautifully.

Her voice echoed through the room, weaving its tales of love, strength and solidarity in the purest and most touching of ways. Her lyrics provided this indescribable sense of connection as if for those fleeting minutes you were alone with her and seeing the world from only her perspective. My favourite song was one called ‘Blueprints’ which I currently can’t find online to listen to, but in a way that makes the fact that I had the chance to hear it in person all the more special. I hope to be able to hear it again one day, but some of the tracks she performed will be available from her new EP ‘We Were Thunder’.

After Lilla’s opening came to an end, the audience waited with anticipation for Dermot Kennedy to take to the stage. And when he first appeared at 9 PM, he received more than just a warm reception. The crowd cheered and clapped incessantly, so much so that it moved the soloist, as we later found out that this was his debut trip to the LCR venue.

He started off with ‘An Evening I Will Not Forget’ which I’d thought was such a fitting choice considering it was his first time there with us. One thing about Dermot’s music that really stood out to me as a poet was the quality of his words. He’s such a talented lyricist who pays close attention to every detail and creating worlds of meaning for our hearts to explore with him. Though my favourite part of this particular song goes:

The nights that we’ve been drinking in,

We’re here to help you kill all of this hurt that you’ve been harbouring,

Confessions should be better planned,

There’s something so beautiful about the way he phrases things, and the mixture of vocals and rap takes it to another level. 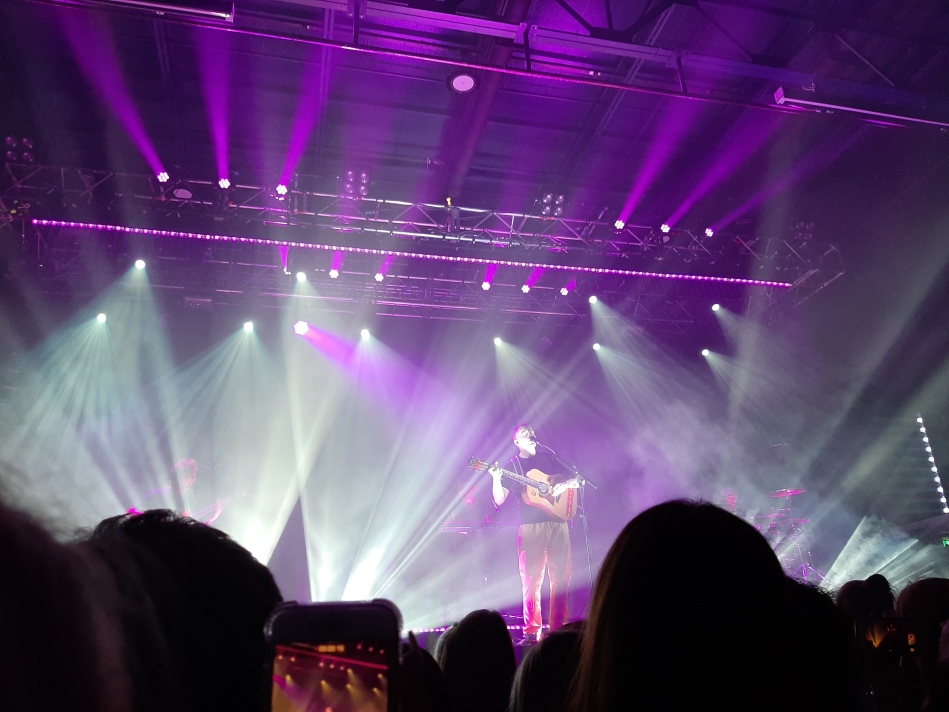 Two other tracks Dermot’s well-known for are ‘Young and Free’ and ‘Outnumbered’. Although he didn’t perform the former, the latter went down well with the crowd who sang along to every word. ‘Outnumbered’ is probably my favourite song of his, again largely because of the lyrics:

I could have shown you all the scars at the start,

But that was always the most difficult part,

See, I’m in love with how your soul’s a mix of chaos and art,

And how you never try to keep ’em apart.

I wrote some words and then I stared at my feet,

Became a coward when I needed to speak,

I guess love took on a different kind of meaning for me,

So, when I go just know it kills me to leave.

There’s something about this song, in particular, that occupies a special place in my heart. It’s a feeling that I struggle to put into words, but I am none-the-less grateful for feeling it. And listening back to it again now after seeing him live makes me love it even more. It’s amazing to have been just a few rows away from the front and having made eye contact with the artist responsible for these touching lyrics. 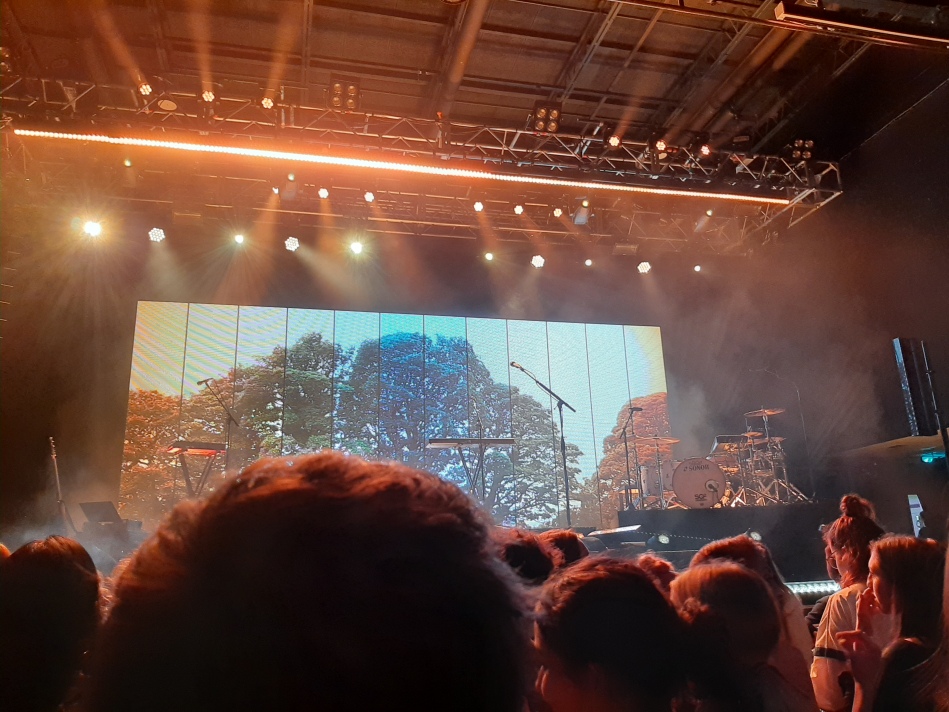 The screens on stage matched the vibe of the songs being played. There were silhouettes of birds and trees, and stars followed by raindrops as he performed ‘After Rain’. Lights that flashed in time to the beat of the songs and matched the intensity of the drums. Overall the night felt very open and down-to-earth, echoed by the way Dermot performed his set in casual attire.

I would say to anyone that if you get a chance to see either of these artists live, grasp the opportunity with both hands. Their lyrics transform you for the duration of the concert. They lift you up and transport you to another place entirely, and that’s rare to find in music today. Highly recommended.

This site uses Akismet to reduce spam. Learn how your comment data is processed.

Are you a student of Anglia Ruskin University? Have you thought about writing for The Ruskin Journal? We’re open for submissions! Visit the Students’ Union website for more information.